The NMDOT, in cooperation with the Burlington Northern Santa Fe (BNSF) Railway, is proposing to replace an existing at-grade railroad crossing in Belen, New Mexico.  The crossing is located at the intersection of NM 109, also known as Jarales Road, and the BNSF tracks east of BNSF’s Belen railyard.   The project area starts near Amigos Loop at milepost 5.25 and extends north along NM 109 past the Gallegos Road intersection to milepost 6.0. NM 109 currently crosses three BNSF railway tracks as an undivided at-grade signalized crossing.  Trains move in both directions at the crossing, and although daily traffic varies, Federal Railroad Administration data (2019) shows the average daily count as 90 trains per day, some of which are nearly two-miles long (10,000 feet).  Existing usage on NM 109 includes police, fire, and emergency service vehicles, truck traffic from local industry, bicycle and pedestrian users, and local business, residential, and commuter traffic.  Vehicles on NM 109 currently experience delays as trains cross the highway throughout the day.

The proposed NM 109 grade separation project is to accommodate BNSF’s plan to construct eight additional sets of tracks for added rail capacity and to expand railyard operations. Due to concerns regarding increased rail traffic volumes, public access, and emergency service response times, BNSF and the NMDOT have agreed that a grade separated crossing is needed. 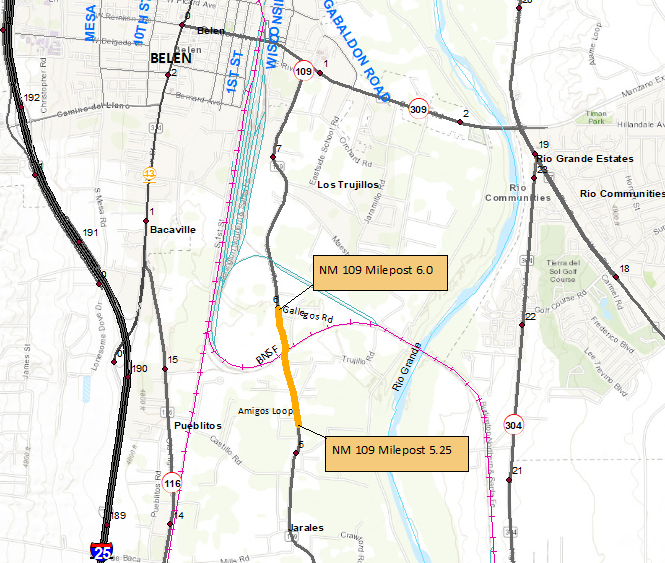 As part of the Study Phase of development, an in-person public meeting was held on June 11, 2019, at which time six alternatives were presented.  After further development and evaluation of those alternatives, a second public meeting was hosted on August 18, 2020 in a virtual platform to present the preferred alternative to be carried forward into design development.  The Phase AB Study was then completed in October 2020.  The Study document and previous meeting summaries are provided below in the PROJECT RESOURCES.

Thank you for your attendance!

The NMDOT hosted a public meeting on Thursday, August 19, 2021 using Zoom, a web-based service with call-in capabilities to host the virtual public meeting. During the meeting, a short presentation was provided on the proposed roadway design with time available for the community and interested citizens to share concerns, ask questions, and discuss the proposed project with the design team and a representative from BNSF. 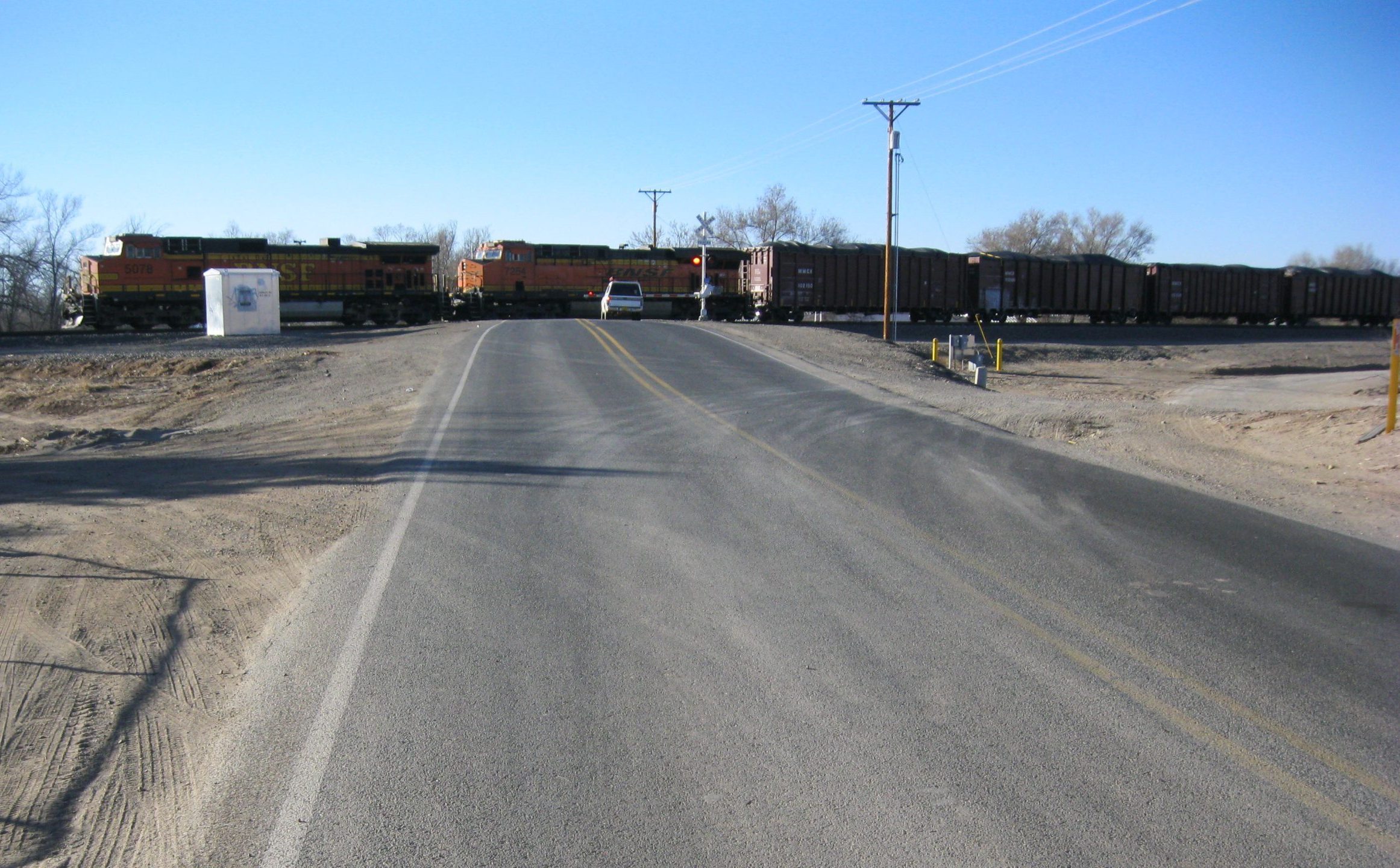